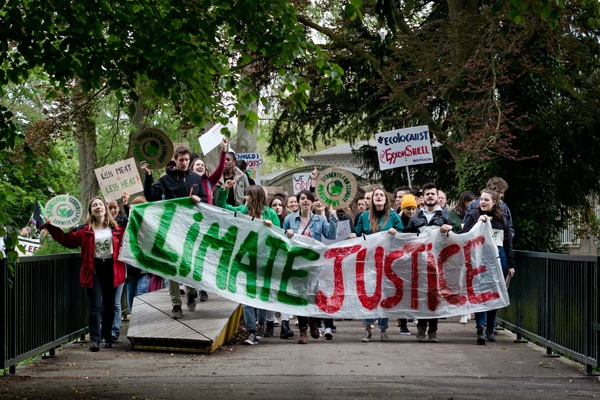 In the wake of changes to our political environment (Black Lives Matter, the Storming of the Nation’s Capitol, Trump’s election, etc.) many people felt hopeless about the future of the US. Fighting positive change is hard, requires sustained effort, a willingness to fail along the way, and drains us of our power to act. Protesting, in the form of a march, whether it is in your local city or in Washington D.C., was the beginning of healing the anger, shock and pain felt after events occurred.

Social justice advocates have long noted that mass protests help people regain their sense of hope. In the book Necessary Trouble, Tobita Chow argues that attending a march can have a truly transformative effect. “It expands your sense of freedom about what you’re willing to do and what you’re capable of doing,” he says. “It has a really liberating effect on people.”

Hope helps infuse us with other emotions necessary to make difficult changes. “Hope has two beautiful daughters; their names are Anger and Courage,” St. Augustine says. “Anger at the way things are, and Courage to see that they do not remain as they are.” Indeed, psychological literature suggests that attending protest marches is one way to strengthen both our collective anger and our individual courage to act.

Protest marches tend to cultivate a distinctive and very powerful kind of anger, essential for political change. Social psychology has found that protests shift our focus from personal to shared grievances. Meeting other protester and hearing their stories help individuals feel that they belong to a group instead of being alone on social issues. And according to the almost 5 million people involved in marches around the country when Donald Trump became president in 2016, women’s protest events around the inauguration fostered personal commitment to their issues. The personal contact with real people is a more powerful experience than participating on Facebook or signing online petitions.  It build people’s confidence in the possibilities of changing issues.

The more connected people feel to others who share their concerns, the more power they ascribe to political activism. Perhaps these personal connections allow people to predict and anticipate how political activism might create change. People who have a network of politically engaged friends and acquaintances are much more likely to believe that activism is a powerful lever for change. And unsurprisingly, this belief is a strong predictor of whether an individual will find the courage to take personal action.

As we follow the political situation that changes, it would appear month by moth, by knowing you have a network of like-minded, people who believe in your issues (protest marches can be found by searching on line), courage and action are the guiding ideals and can have hope in the words of Bob Dylan “for the loser now will be later to win, for the times they are a changin’.”