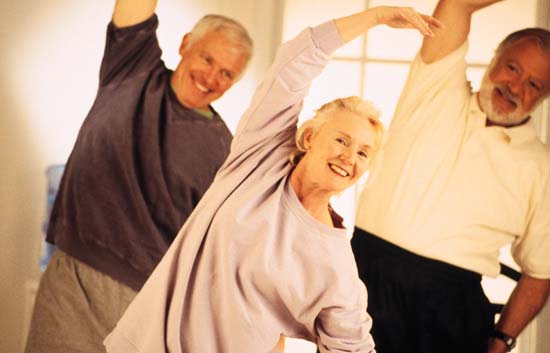 The key to avoiding Alzheimer’s is fighting neuroinflammation. How do you do that? Rudolph Tanzi, PhD, says it’s all about lifestyle choices.

A healthy lifestyle now is key to preventing Alzheimer’s disease later, says Harvard neurology professor Rudolph Tanzi, PhD, one of the world’s leading Alzheimer’s researchers and coauthor with Deepak Chopra, MD, FACP, of Super Genes and the New York Times best-selling Super Brain. That’s because signs of the disease often begin appearing in the brain up to 15 years before serious dementia sets in.

• Amyloid plaque triggers the disease by strangling brain nerve cells.
• The damage causes tangles within the nerves.
• This leads to neuroinflammation, which accelerates and then compounds the disease.

1. Get Plenty of Sleep: During deep sleep, your brain cleans out amyloid amassed during the day, as well as other “brain debris” that induces inflammation. “So deep sleep’s important,” advises Tanzi. “We recommend that you religiously get seven to eight hours of sleep daily, especially if you’re over 40. If you don’t, you’re not giving your brain enough of a chance to clean itself.”

2. Keep moving: Exercise does several things that combat Alzheimer’s. First, as you exercise, the brain creates enzymes that actually attack and chew up amyloid plaque. Second, in a process called neurogenesis, your brain makes new nerve cells in the hippocampus, the area affected by Alzheimer’s. Finally, as the results of a new study by Tanzi’s research team show, exercise actually reduces inflammation in the brain.

3. Eat Real Food: Ingredients in processed foods promote inflammation throughout your body, including in your brain, Tanzi says. Plus, poor dietary choices harm your gut. “Your microbiome, via the gut–brain axis, is in constant communication with your brain and regulates neuroinflammation,” he explains, so keeping it healthy with good, real food, as well as prebiotics and probiotics, is critical.